The SECRET for Undetectable Mind Control 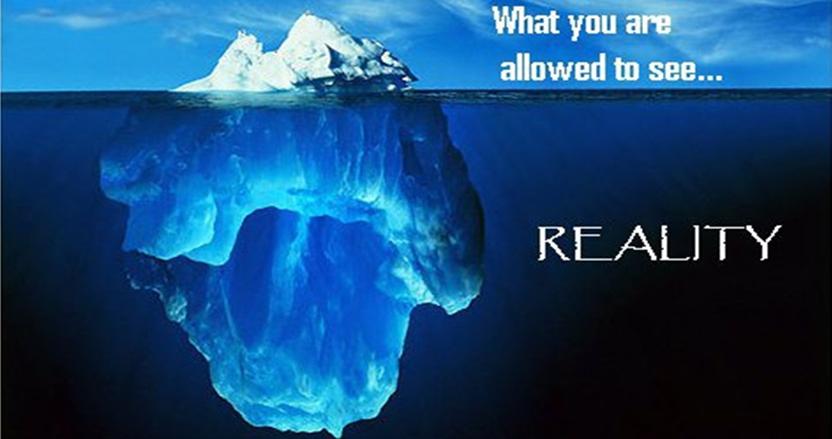 Unless you understand how reality is manifested, your destiny and the destiny of the planet will be in the hands of the ruling elite who do understand it. “Sometimes people don't want to hear the truth, because they don't want their illusions destroyed.” -Friedrich Nietzsche 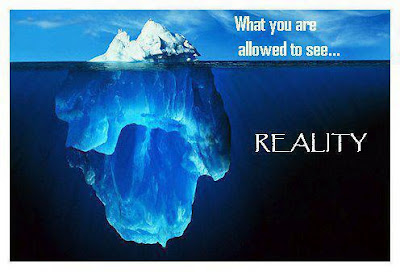 Living in the third dimension can be a blissful experience when you have power, health, wealth, comforts and freedom. That's what the ruling elite have manifested for themselves while the rest of the world struggles with poverty, disease, drug dependency, debt and servitude.

The ultimate goal of the Illuminati is not only one world government. It is complete mastery over the 3rd dimension of time and space.

Notice how successful they have been at manifesting a Utopian 3rd dimension for themselves – money, yachts, private jets, castles, resorts, racehorses, corporations, gold, gems, servants and everything they desire.

You are part of their manifestation. You and the rest of the world are literally at their feet. How did they do it? With their knowledge of the tools of Creation and Universal Laws.

The Universal Law of Attraction

What do you think about? The answer is revealed by the life that you lead. If you think your life is miserable or great, you are right. Life is whatever you think it is. The same is true for the state of the world. It is what humanity collectively thinks it is. Energy and all forms of matter attract like-vibrational energy. Our thoughts are energy magnets. They attract whatever we point them at.


“Everything is energy and that's all there is to it. Match the frequency of the reality you want and you cannot help but get that reality. It can be no other way. This is not philosophy. This is physics.” -Albert Einstein/Bashar (debatable)

Your thoughts are living things. When you step into a room full of people, you can sense the living atmosphere created by the collective thought waves of the people in the room. You may sense a calm or a tense atmosphere. 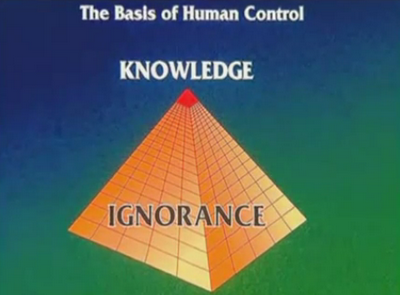 The collective thought waves of the 7 billion people on Planet Earth also create an atmosphere and it affects everyone either consciously or unconsciously. Like the Borg in Star Trek, you can tune into this “collective consciousness” and broadcast ideas to others who will receive and act on them. You are a drop in the ocean of thought and the ocean of thought is in every drop.

The Universal Law of Attraction is working in your life right now. You are attracting the personal situations that you are experiencing. You are also attracting the global situations through your individual contribution to the collective mass consciousness. Think about what you are contributing. Once you are aware of this Universal Law and how it works, you can start to use it deliberately to attract what you want instead of what you don't want.

Any thought you have, when combined with emotion, vibrates out from you to the universe. Like a boomerang, it returns whatever you focus on. All you have to do is allow yourself to expect what you want. Sounds easy, right? The hard part is becoming 'doubt-free'. You must expect what you want without doubt, act like you already have it and be grateful for it. Like drops in the ocean, each and every person is individually responsible for their contribution to mass consciousness.

By expecting a New World Order, an Antichrist, an Apocalypse and end times, your contribution to the collective consciousness is "dark". Expect miracles. Expect a Golden Age. When you assume 100% responsibility for everything you're experiencing in your reality right now — absolutely everything — only then will you possess the power to alter your reality.

You are made up of billions and billions of "programmed" beliefs about what is real and what's not real, what you should or shouldn't be or wear or say or do. You have downloaded beliefs about how attractive you are, about your body, your intelligence, about God, sin, life after death, morality and class. You have been inundated with disaster scenarios about the future of humanity - a global depression, an apocalypse, Armageddon, end times, depopulation, nuclear war, an Antichrist ruler and other dis-empowering, fear mongering, toxic propaganda.

Very few people understand the programming of fear, and why it distorts our perceptions. While fear is a program used for our survival, fear also creates irrational beliefs that cause larger systems of fear like politics, religion and the media.


'A Virus Called Fear' is a short film about the conditioning of fear, and what irrational fears can lead to.


If you stop and look closely at your thoughts and beliefs, you will discover that instead of serving you, they serve the agenda of the ruling elite. Although you may feel you are immune to religious and political propaganda, your immunity is overpowered by the repetition of messages that burrow into your subconscious just below your conscious radar.

You settle for a 14 day holiday out of the 365 days it takes for the Earth to circle the Sun. You trade your labor for digits at the bank. You celebrate birthdays, New Years, Valentine's day, St. Patrick's Day and countless other repetitive cycles of commercialized nonsense. From cradle to grave, you obediently tick-tack through life like an automaton, serving the ruling elite. Despite the servitude, they have somehow convinced you that you are free. 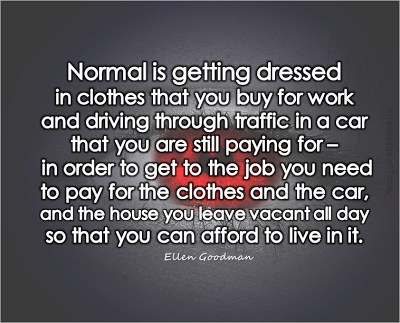 “The real hopeless victims of mental illness are to be found among those who appear to be most normal.

"Many of them are normal because they are so well adjusted to our mode of existence, because their human voice has been silenced so early in their lives, that they do not even struggle or suffer or develop symptoms as the neurotic does."

These millions of abnormally normal people, living without fuss in a society to which, if they were fully human beings, they ought not to be adjusted.” -Aldous Huxley, Brave New World Revisited

“None are so hopelessly enslaved as those who falsely believe they are free.” -Wolfgang von Goethe

“Neural electrical activity has been correlated with different states of awareness. Children do not display the neural electrical activity associated with conscious awareness until after six years of age. They spend the first six years of their lives in the state referred to as the hypnogogic trance. This is the same state that hypnotists induce to implant suggestions directly into the subconscious mind.

All patterns of behavior that emerge from experiences where conscious processing is absent or suspended remain below the level of conscious awareness, and tends to be repeated. As an adult any experience that rises above a certain stress threshold induces the hypnogogic state, resulting in a suspension of conscious processing. In this state whatever we experience will be stored in our subconscious memory but not consciously processed.

This is why we are bombarded daily with negative messages that frighten us. It suspends our conscious processing and keeps our subconscious mind open to suggestive programming. In this way we are molded to fit the agenda of the elite. We are regressed daily into a state of hypnogogic compliance and downloaded with predictive programming by the media and entertainment industry.” -Vito Santana

The video below is an amazing interview done back in 1985 with a former KGB agent who was trained in subversion techniques. He explains the 4 basic steps to socially engineering entire generations into thinking and behaving the way those in power want them to. It's shocking because our world has been transformed in the exact same way, and followed the exact same steps.


“Sometimes people hold a core belief that is very strong. When they are presented with evidence that works against that belief, the new evidence cannot be accepted. It would create a feeling that is extremely uncomfortable, called cognitive dissonance. And because it is so important to protect the core belief, they will rationalize, ignore and even deny anything that doesn't fit in with the core belief.” -Frantz Fanon 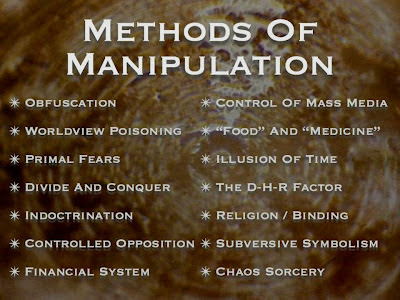 
We need to make the public aware of these techniques so people can become street wise to them. Spread the knowledge through your community.

The universe is spoken into existence. We need to be a reflection-- speak the truth back into the field of which we are a part of. Actually speaking the knowledge that we have taken back into the world around us. You have the power to heal yourself and the Earth. It starts with the belief that you can do it and then actually 'doing it'!

Learn how to manifest the reality you want instead of the reality that the Ruling elite are manifesting for you.


“When we give our minds and our responsibility away, we give our lives away. If enough of us do it, we give the world away and that is precisely what we have been doing throughout known human history.

This is why the few have always controlled the masses. The only difference today is that the few are now manipulating the entire planet because of the globalization of business, banking and communications.

The foundation of that control has always been the same: keep the people in ignorance, fear and at war with themselves. Divide, rule and conquer while keeping the most important knowledge to yourself.” - The Biggest Secret: The Book That Will Change the World

It's when we look at the source of these inspirational quotes in historical biographies of these people that the evidence of the Law of Attraction becomes much stronger. 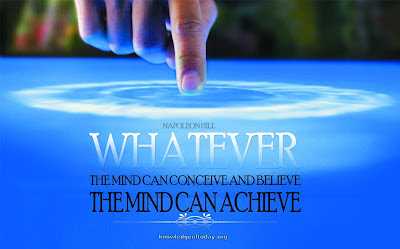 “Imagination is everything. It is the preview of life's coming attractions.” -Albert Einstein

“The greatest discovery of my generation is that human beings can alter their lives by altering their attitudes of mind.” -William James

“All that we are is the result of what we have thought.” -Buddha

“We are shaped by our thoughts; we become what we think. When the mind is pure, joy follows like a show that never leaves.” -Buddha

“A man is but the product of his thoughts what he thinks, he becomes.” -Gandhi

“Whatever your mind can conceive and can believe, it can achieve.” -Napoleon Hill

“Nurture your mind with great thoughts, for you will never go any higher than you think.” -Benjamin Disraeli

“You create your own universe as you go along.” -Winston Churchill

“The happiness of your life depends upon the quality of your thoughts: therefore, guard accordingly, and take care that you entertain no notion unsuitable to virtue and reasonable nature.” -Marcus Aurelius Antoninus

“When you change the way you look at things, the things you look at change.” -Dr. Wayne Dyer

“Your circumstances may be uncongenial, but they shall not remain so if you only perceive an ideal and strive to reach it. You cannot travel within and stand still without. Let a person radically alter his thoughts, and he will be astonished at the rapid transformation it will effect in the material conditions of his life.” -James Allen

“By choosing your thoughts, and by selecting which emotional currents you will release and which you will reinforce, you determine the quality of your Light. You determine the effects that you will have upon others, and the nature of the experiences of your life.” -Gary Zukav

“What this power is, I cannot say. All I know is that it exists.” -Alexander Graham Bell